The Foreign Legion been created by order of March 9, 1831 by the King of the French Louis-Philippe, to allow the incorporation of foreign soldiers
into the French Army.

Originally, the Foreign Legion can only fight outside the continental territory of the Kingdom; the First World War will be the first exception. The commitment to the Legion is reserved for men between the ages of 17 and 40, (possible derogation), and has counted since its creation and until 1963 more than 600 000 soldiers. Legionnaires, also known as white kepis, gained notoriety during battles on the battlefields around the world, including in the context of colonial conquests, two world wars, and the wars of Indochina and Algeria. Today, the legionaries are present during the modern conflicts for missions of humanitarian aid, protection of the populations, maintenance of the peace or sometimes of support to foreign governments, allied to France by agreements, in the crises from their country.

The Legionnaire’s Code of Honor dictates the conduct of these men on a daily basis, in times of war and peacetime.

The Legionnaire’s Code of Honor 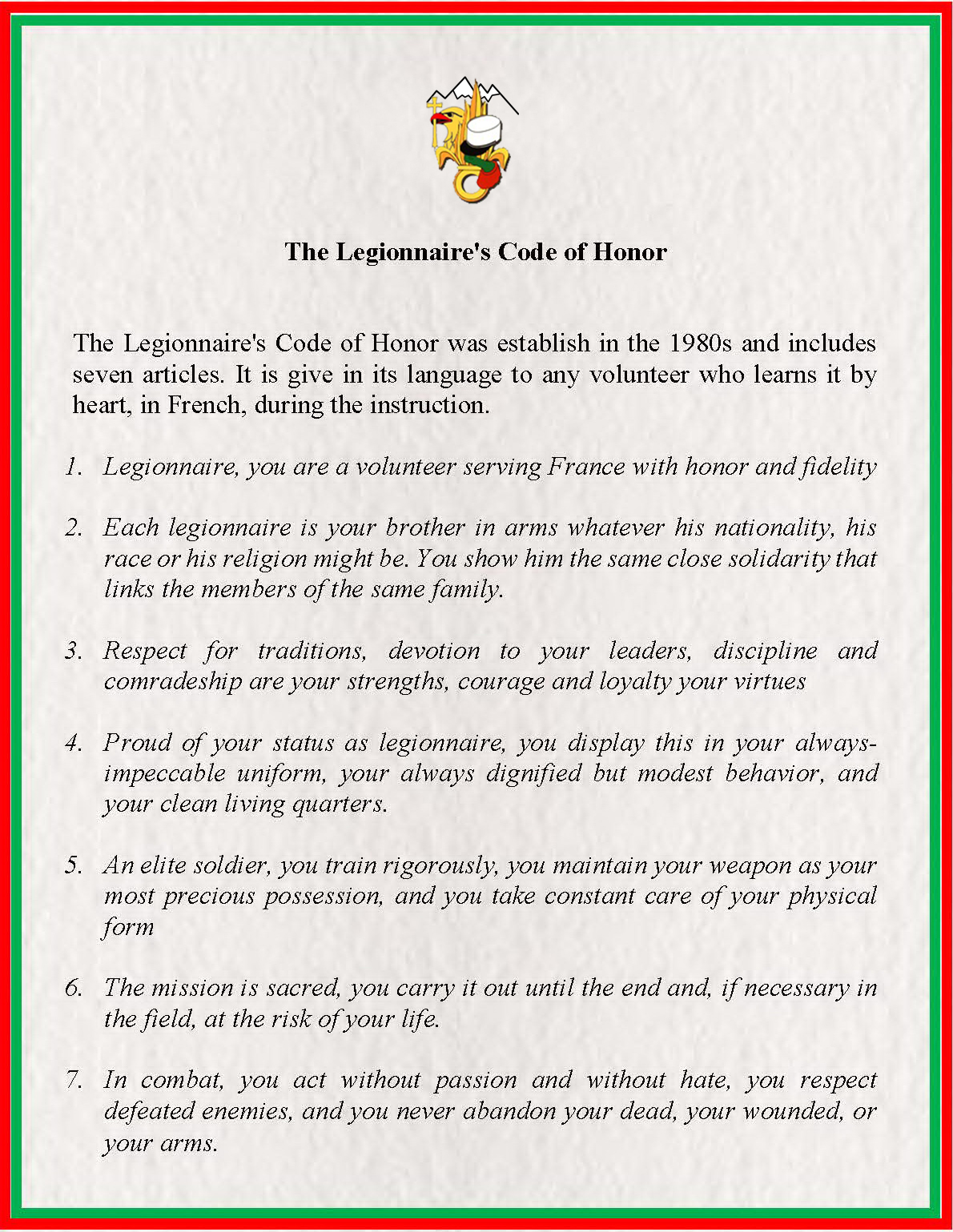